Can you Sue a Bar for a fight for My Injuries?

Or put in another way, can you sue a bar for a fight?

Going out on a Friday night is always a good idea to end the week. Most of us work long hours, and all this work can take a toll on our mental health and going out every once in a while can certainly help relieve us of stress and pressure for a while. The last two years of dealing with the pandemic have been especially tough on all of us as our movements were restricted, and now that things have begun to normalize, many of us will certainly be thrilled to go out once again. An all-time favorite activity among adults is visiting bars or nightclubs. These are places where we get to socialize with our friends over a few drinks, dance with them, meet new people, and perhaps even flirt a bit with a cute  stranger. The last thing you expect is for you to end up in an emergency room!

Because of the involvement of alcohol, we sometimes find ourselves in messy situations at night clubs. One minute you’re having fun with your friends, and the next there’s someone fighting in the room. Worse, you may get into a fight yourself. Once people start taking in alcoholic beverages, their inhibitions are lowered and they would start behaving in ways that they normally would not.

Those who are usually quiet and timid might start exhibiting the opposite behavior once they’ve been emboldened by the alcohol in their system. Far too often, a bar fight has started for the very trivial reason that they thought someone was giving them the “wrong look,” or maybe one starts flirting with someone, not knowing that their significant other is just within the vicinity.

There are various reasons why a fight could start in a nightclub. The bottom line is, when punches are thrown, people can get seriously injured. Injuries sustained from a bar fight can range from minor, such as a black-eye from a simple punch, to more serious ones such as head injury which would lead to the need for medical attention and hospitalization.

These serious injuries, in turn, could lead to life-altering consequences such as loss of income due to the injuries, or in the worst case scenario, permanent physical incapacitation or death. In cases where you were directly involved and injured in a bar brawl, or you were injured in one just for simply being near the fight, what should you do? What are the claims that you are entitled to and against whom may you enforce such claims? Can you sue the bar where the fight happened?

If you or a loved one have ever been injured in a fight at a nightclub, you need to contact an experienced personal injury lawyer from a reputable law firm in Fort Walton Beach in order to assess who you may have a claim against.

Are Bars Responsible for Nightclub Fights in Fort Walton Beach?

There is no clear cut answer as to who should be held primarily responsible for a nightclub fight and the injuries resulting therefrom. In fact there are various legal theories and practical considerations to think of. Common sense would dictate that the person who initiated the fight should be held liable for the injuries and damages they cause to other patrons of the bar. It is only fair after all.

The kind of liability these persons may incur will depend on the severity of the injury they inflict on you, and whether it was intentional or the result of negligence.As we are talking about bar fights, it most probably will be the former. Injury by way of negligence could take place too, as when an innocent bystander was injured by reason of a fight between two other people. It would also be fair to say that other people who get involved in the fight should bear some of the responsibility as well, or that those who tried to step in to stop the fight and got injured as a result of that should be entitled to be compensated for their injuries as well.

Generally speaking, the answer is yes. Under the premises liability theory,  the nightclub’s owner owes their patrons a duty to keep them safe as long as they are inside the club’s premises. This means the bouncers and management are under an obligation to prevent fights from happening and to remove from the club’s premises persons who are deemed to be a threat to the safety of the other patrons. For failing to do so, the nightclub will incur liability for its negligence.

Next, in order to prevent the occurrence of accidents and other untoward incidents, most states in the United States have what are called Dram Shop Laws. Simply stated, owners and management of bars and nightclubs have to have an extraordinary degree of responsibility in serving alcohol to their patrons. Under this responsibility, bartenders may refuse further service of alcohol to patrons who have had enough. Some bars take extra measures to ensure that you’re not having more than you can handle by not serving more than one drink to one person at a time. Other bars observe their patrons to see if anyone is exhibiting signs of intoxication and would then cut off service to said person. If you are ever caused injury by an intoxicated person, you may have a claim against the person or establishment who served them alcohol.

In order to prove that the nightclub is responsible for your injuries, you’ll have to show the following: 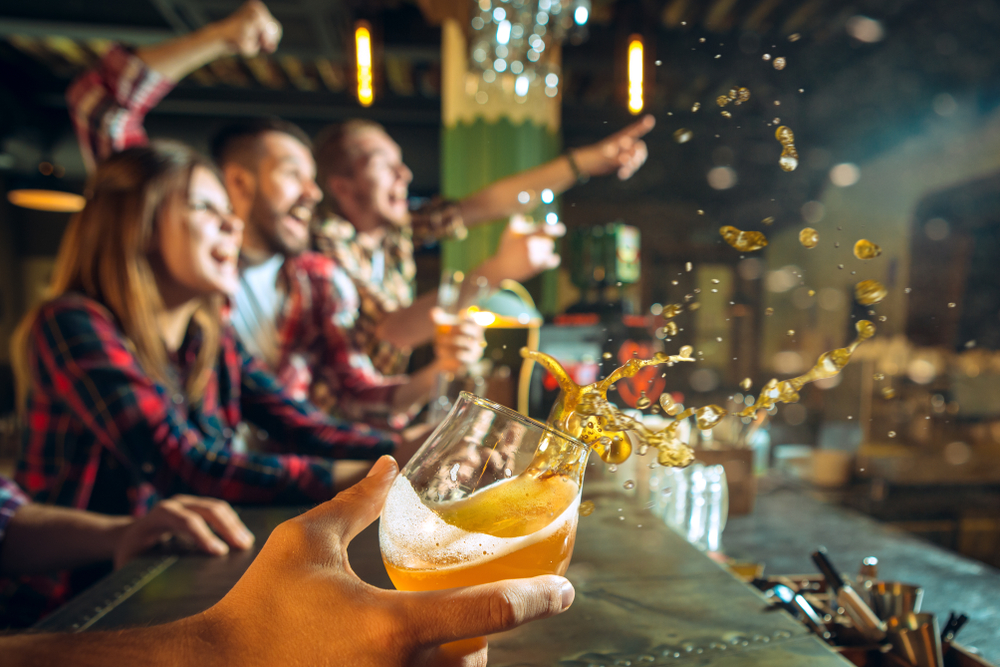 It is widely accepted that bar and nightclub owners owe you a certain degree of care. The question then becomes did they breach this duty? And if they did in fact breach this duty, up to what should be the extent of their liability?

Are the Owners Responsible for Your Bar Brawl Injuries?

In determining that a nightclub owner is responsible for your injuries,  we have to determine if they breached the standard degree of care that can be reasonably expected from the club owners and staff. In most bar fights, it’s pretty easy to show that the bouncers or management should have been able to prevent the fight. This duty includes preventing minors from entering the premises, stopping the service of alcohol to anyone who seems to have had enough to drink and is starting to get aggressive, as well as giving warnings to such persons. Prior to the beginning of a fight, there are already tell-tale signs that a person is likely to cause trouble. Seasoned bar owners and bar staff should be able to spot these signs easily.

There are only a few situations in which the nightclub owner wouldn’t be held responsible for your injuries:

If you think you have a claim against the nightclub owner, you need to contact a personal injury lawyer in Fort Walton Beach right away.

What to Do if You Are Caught in the Middle of a Bar Fight? Can You Sue a Bar For a Fight?

In case the worst cannot be avoided and you are injured in a bar fight where you were not at fault, the first priority for you would be to seek adequate medical attention. Not only is this for your safety, this could also help strengthen the case you may eventually build against the aggressor and the nightclub. Having medical records on hand can help prove your claim that the fight in the bar was the proximate cause of your injuries. In line with this, keep a documentation of the cost of your medical bills in order to have proof to support your claim for compensation.

The next step to take as soon as you are able to is to report the incident to the authorities. It is crucial to do this at the earliest possible time, because the longer you wait in doing so, the more likely it is that people will doubt your claims and motives.

Yes you can. If it is found that the bar owners or managers did not do everything they could to stop a fight, you can definitely sue them—especially if you are the injured party or happened to have been injured (even if the fight happened among or between others).

How Can a Fort Walton Beach Lawyer Help?

Your Fort Walton Beach personal injury lawyer is familiar with these types of cases. They have years of experience in handling personal injury cases such as injuries from nightclub brawls. They understand the dram laws in Florida. Dram laws basically hold a bar responsible for serving their patrons too much alcohol.

If your assailant was drunk at the time of the fight, it’s probably because the bar overserved them. Even if they were at another bar earlier in the night, the bartenders should’ve noticed that they had already had too much to drink.

Some bars even go the extra mile by bolting their tables, chairs, and barstools on the floor to ensure that these things are not used as weapons in case of a fight.

If you or a loved one have gotten injured in a nightclub fight, you need to hire a good personal injury lawyer. Injuries, especially more serious ones could do you more damage apart from the physical. It could also mean lost wages for you as your injuries could prevent you from performing your job. Engaging the services of a lawyer will not only ensure that you can build a claim against your assailant and the owner of the bar, it will also save you the hassle of doing everything yourself such as reporting it to the authorities, gathering evidence, and talking to witnesses.

Call today and schedule your initial consultation. It is absolutely FREE and it gives you a chance to meet with an experienced personal injury attorney.