A criminal charge against you can follow you for the rest of your life. Even if you can endure the prison sentence attached to the felony you committed or even if you afford to pay the steep fines, having a criminal record will affect every aspect of your future, which includes your job prospects, the ability to drive, or own a firearm, and your personal relationships and reputation.

Apart from the very obvious ways it can change your life such as those mentioned above, there are effects that are not talked about as much, such as the trauma of being the defendant in a criminal case, and the mental anguish this may cause.

What do you do when you are the accused in a criminal offense? The only way you can prevent long-lasting damage is to have your rights defended by an experienced and effective criminal defense attorney.

Our founding attorney Coy H. Browning is a former Florida State Trooper. This makes him the ideal criminal defense attorney for felony and misdemeanor cases. He is knowledgeable not only in the substantive aspect of criminal law, but also in criminal procedure.

Criminal law is defined as “the body of law that defines criminal offenses, regulates the apprehension, charging, and trial of suspected persons, and fixes penalties and modes of treatment applicable to convicted offenders.”

On the other hand, criminal procedure “deals with the set of rules governing the series of proceedings through which the government enforces substantive criminal law.” In other words, the two things go hand in hand, and our Attorney Coy H. Browning has an extensive background in both. He can work with you on your case whether it’s a simple offense or a more serious one.

If you or someone you know were arrested and charged with a crime on the Emerald Coast or Northwest Florida, contact us today by calling (850) 344-1736 for a FREE review of your case.

We tirelessly defend our clients against a wide range of misdemeanor and felony charges, including, but not limited to:

C.   Persons related by blood or by marriage;

D.   Persons who are presently residing together as if a family;

E.   Persons who have resided together in the past as a family; and

F.   Persons who are the parents of a child in common regardless of whether they have been married.

If you are accused of assaulting and inflicting bodily harm to a family member, you can be charged with domestic violence. If you are convicted, there is a chance that you will permanently lose the right to obtain or keep firearms, be ordered to leave your home, and have only minimal contact with your partner and children.

We can help you build a defense that can refute the charges against you and help protect your reputation as well as your gun rights.

Theft charges can range from misdemeanor shoplifting to burglary and armed robbery, and can carry a wide array of consequences depending on the details of the offense such as the items taken and the value of said items. Your Fort Walton Beach Criminal Defense Lawyer will do all that they can to prove non-participation in the act minimize your role in it and fight for the dropping of your charges or the reduction of your penalties.

What Should You Do If You Have Been Arrested in Fort Walton Beach, Florida?

Nobody goes about their daily activities expecting to get arrested by the police. However, there are instances in which this is unavoidable. It may be because you had a little too much to drink at the bar and still decided to drive your vehicle, or you got into an altercation with another person, resulting in physical blows against one another. Whatever the situation may be, you need to make yourself aware of the things happening around you. First, take note of how you were apprehended by the police. Local authorities may use extraordinary means in neutralizing a situation. However, authority is unlimited. The amount of force used by the police should be commensurate with the aggression being exerted by the offenders. Be on the look out for this. 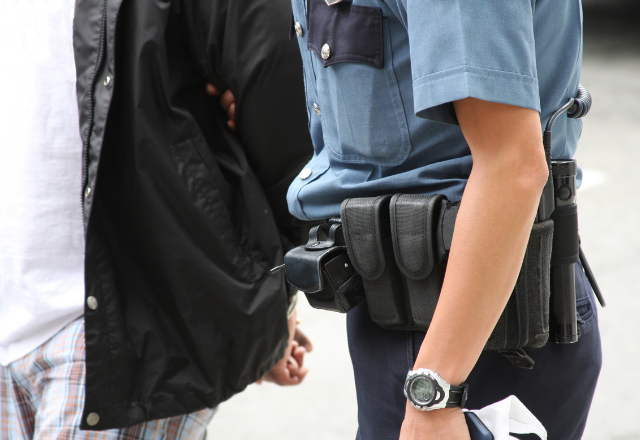 your Miranda Rights. What are these so-called Miranda Rights? It’s highly likely that you’ve heard this term mentioned either on shows you watch or on the news. To put it simply, a person arrested by authorities has the right to remain silent, and this right has existed for a long time. It got its name from the landmark case of Miranda vs. Arizona. In this case, the United States Supreme Court held that under the Fifth Amended, statements made by a person in custody are admissible provided that they were informed of their right to remain silent and their right to speak with an attorney prior to interrogation.

If a person cannot afford their own attorney, the state will provide them with one. In the absence of informing the accused of these rights, statements made during the interrogation are inadmissible.

Lastly, you should contact your attorney. In line with the discussion above, you will need to speak with your attorney prior to the conduction of interrogation. You will need an attorney with years of experience dealing with arrests and criminal law and knows their way around the criminal justice system.

We at Browning Law are here to help. We are a law firm consisting of a criminal defense attorney and an excellent set of professional staff who will work tirelessly to ensure that from the very beginning, your rights were upheld and you are given the best possible outcome in your case.

From the time that he left the force, Coy Browning has defended numerous clients who have been accused of breaking the law. At Browning Law Firm, we make it our mission to investigate all of the facts surrounding your case, get the charges against you dismissed or reduced, and prevent the incident from negatively impacting your future.

It is our goal to provide:

As with most cases, it is better to talk to a lawyer at the soonest possible time. The sooner you speak with an experienced criminal defense attorney, the better your chances of refuting the charges against you. Browning Law Firm assists defendants in Fort Walton Beach, Destin, Navarre, Crestview, Niceville, and across the Florida Panhandle.
If you or a loved one have been arrested on criminal charges, contact us today for your free initial consultation by calling (850) 344-1736 or completing our contact form. You can rest assured that under the attorney-client relationship, any information you share shall be protected and not disclosed with unauthorized persons.