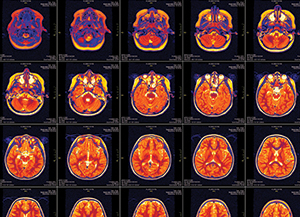 Victims of auto accidents often endure long recoveries from their injuries, slowly making progress back toward their everyday lives. However, those who have suffered a brain injury will have to do much more than heal—they may have to relearn basic information, struggle with personality changes, and teach their bodies how to walk and move again. Victims of traumatic brain injury may have permanent disabilities that affect their ability to provide for their families in the future, or they may never fully recover from the effects of their injury, placing families under significant financial pressure.

Motor vehicle accidents are the leading cause of traumatic brain injury (TBI) in the nation, and they are also the leading cause of death for persons under the age of 45. Unfortunately, auto insurance companies thrive on paying as little as possible on a claim, leaving victims on the hook for future medical costs of an accident. At Browning Law Firm, we do all that we can to maximize our clients’ recoveries, allowing brain injury victims and their families to focus on healing. Whether negotiating with insurance companies or arguing your case in court, attorney Coy H. Browning will fight to see that you receive just compensation for your injury. Call us today to find out how we can help.

Traffic accidents can cause a wide range of traumatic brain injuries, including:

When brain injury victims have permanent physical, cognitive, or behavioral impairments, their medical bills will commonly exceed the limits of their insurance coverage. In these cases, victims can seek additional compensation from an at-fault driver for medical bills and lost wages, as well as compensation for pain and suffering. If a victim is unable to sue on his or her own behalf, family members can pursue a case to recoup injury costs, as well as compensation for loss of consortium and companionship from the family member.

As a former Florida State Trooper, attorney Coy H. Browning has seen the damage high-impact car crashes can do to victims and their families. Not only has our firm reached multi-million dollar verdicts and settlements for accident victims throughout Florida, we do not charge any legal fees unless we are able to secure compensation for your suffering. If you or someone you love is a victim of a traumatic brain injury as a result of a motor vehicle accident, call us today to discuss your legal options.

Lindsay Collum
Coy and Allysha did an awesome and thorough job making sure that I received a fair settlement within a timely manner! Allysha stayed in contact with me with updates on my case and the status. Anytime I had a question, she responded almost immediately every time. Extremely satisfied!
Written by: Lindsay Collum
Law Office of Browning Law Firm, P.A.
Date published: 04/12/2017
5 / 5 stars
Overall rating: ★★★★★4.8 based on 76 reviews

Please fill out the quick contact form below for a fast and free case consultation. We will contact you within 24 hours!
Sign Up for Our Newsletter