Almost everyone reading this knows someone or has heard of someone battling addiction. It’s no secret that Florida, like most other states, is battling an opioid epidemic. The number of people who have died from heroin and fentanyl related overdoses has more than doubled just in the last three or four years. The State of Florida has finally had enough.

In September, 27 Florida hospitals got together and filed a multi-million dollar lawsuit against the manufacturers, distributors, and retailers of opioids. The hospitals have alleged that they have suffered both financial and operational costs due to the opioid epidemic. They blame the defendants for the dramatic increase in health-related problems caused by opioid overdoses, death, and rehabilitation. They want the defendants to be responsible for at least a portion of the expenses they’ve caused the hospital to experience.

Florida isn’t alone in their efforts to hold these defendants responsible for the opioid crisis. In fact, there are similar lawsuits being filed all over the country. Two of the earliest cases, filed in Ohio, were recently settled about 7 hours before they were due to go to trial. The goal of these settlements goes beyond mere damages. The plaintiffs are demanding that the defendants provide sufficient resources to not only compensate the hospitals, but also take care of the victims of the opioid epidemic.

Florida Has a History of Pill Mills 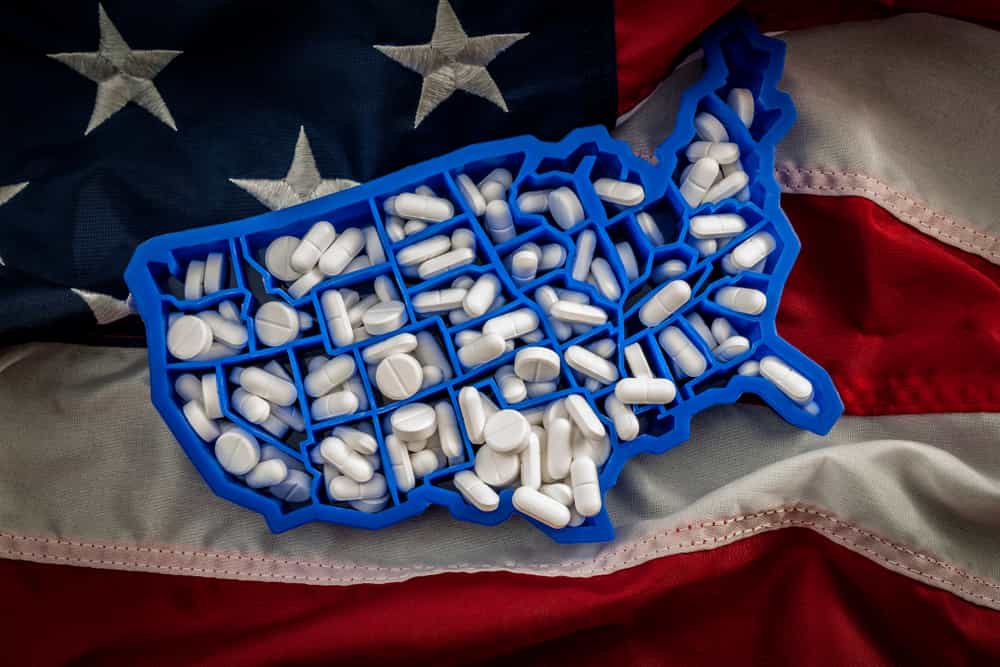 The opioid industry is not new in Florida. In fact, Florida was known for its pill mills as early as the 1990s. Right after the 9-11 attacks, the heroin trade from other countries was essentially shut down. Florida addicts demanded a new drug and they found it in oxycodone. And the clinics in Florida made it all too easy for these addicts to buy as many of the pills as they wanted. As long as they had $10, they could buy a pill.

As recent as ten (10) years ago, people would travel up and down the East coast to buy pills from the mills in Florida. There were even billboards posted up and down the interstate announcing how easy it was to buy pills in Florida. People would drive down, buy thousands of pills, and then go home and sell them. That is, they would sell the pills they didn’t swallow themselves.

These clinics operated quite simply. People would walk in, see a doctor, and get a script for oxycodone. There was no examination done. No diagnostics of any kind took place. The clinics only accepted cash and had on-site pharmacies that would fill these scripts.

Finally, in 2011, the State started to crack down on these pill mills. Prior to that time, Florida was one of the only states that didn’t use computerized tracking systems to monitor prescriptions for CDS. The law was more concerned with drugs like cocaine, heroin and methamphetamine. They didn’t care about drugs like oxycodone and fentanyl.

When it comes to the opioid statistics, personal injury lawyers in Florida are well versed. The number of opiate related overdose deaths more than doubled between 2014 and 2016. And the overdose rate has more than tripled since 2016. The number of heroin and fentanyl related deaths have also skyrocketed in the last few years.

In May of 2017, Florida Governor Rick Scott declared the opioid crisis a Public Health Emergency. More than 5.5 billion pills had been sold in Florida between 2006 and 2012. And about 3% of all babies born in Florida are suffering from opiate withdrawal. It costs the State and the hospitals billions of dollars to treat addicts and drug-dependent babies. They’ve finally called in the debt to the opioid manufacturers, distributers and retailers.

Of course, the defendants in these cases deny any liability. They claim that they were simply filling legitimate prescriptions submitted by doctors and pharmacies. However, they are the ones who lied and told the doctors that these drugs were safe. They actually said there was very little risk of addiction. And now, hundreds of thousands of people have died due to this non-existent risk.

Florida Has Passed Legislation to Address the Opioid Crisis

While Florida has passed several pieces of legislation to try to regulate the prescribing of oxycodone and other opiates, they’ve done nothing to reduce the overdose rates. Finally, the State passed House Bill 249 which requires the reporting of all overdoses by emergency personnel, clinics and hospitals. Not only does this help the State provide treatment to addicts, but it also helps them hold the opioid industry accountable.

There are also two other programs that are designed to reduce the use and prescription of opioids in Florida. One is the Prescription Drug Monitoring Program. This program requires pharmacies to track the number of opiate prescriptions issued and filled in Florida. This way, they can target doctors who are prescribing more than their fair share of the drug.

In 2011, the State passed the Pill Mill Law which requires doctors to perform medical examinations and other requirements when it comes to the prescription of opiates. It also requires follow-up with patients to make sure they’re taking the medication properly.

Yet even with all of these programs, the number of deaths and overdoses continues to rise. The law is simply not equipped to prevent addiction and now that the epidemic is underway, it’s becoming clear that the healthcare system can’t handle it either.

What is the Impact of the Opioid Epidemic in Florida?

The opioid epidemic has left the healthcare professionals in Florida in a bad position. More than 13% of all people in Florida have no health insurance. For most addicts, this is the case. This means that when they need treatment or have an overdose, the State has to pay for their care. Programs like Medicaid are being overly taxed to handle the hospitalization and treatment of addicts.

The other problem is that there just aren’t enough resources to treat every case. A lot of people who end up in the emergency room for overdoses refuse to stay. They leave the hospital and are back on the street using in no time. And for others looking for help, there aren’t enough bed in the treatment facilities and rehabs.

When it comes to rehabs, there seem to be more problems than solutions. Recovery houses and sober living facilities have popped up even more quickly than the pill mills in the 90s. There is evidence that a lot of these facilities are just as corrupt as the people dealing the drugs.

Have You or Your Loved Ones Been Affected by Opioid Addiction?

People up and down the coast of Florida are losing their jobs, homes and children as a result of their addiction. This puts a great burden on the State. That’s why the State has finally decided to file suit. They are seeking damages from the culprits responsible for the opioid epidemic.

Personal injury lawyers in Florida have handled more than their fair share of deaths caused by addiction. Some people are hurt or killed in car accidents caused by an addict who overdosed while behind the wheel. Others have been the victims of assaults and robberies at the hands of addicts looking for money to buy drugs. The stories are endless.

If you or your loved one has suffered an injury as a result of the opioid crisis, you should contact an experienced personal injury lawyer in Fort Walton Beach. You can call and schedule a free consultation today. This lets you sit down with a skilled lawyer who will review your case and let you know if you have a valid claim. They can also answer any questions you may have.

The end of the opioid crisis is nowhere in sight. It will be years, maybe decades, before we get a grip on how to solve the problem. In the meantime, your personal injury lawyer will do what they can to get you and your family justice.

Call today and schedule your initial consultation. It’s absolutely free and you pay nothing until you settle your case.