Driving is considered an essential daily activity, and it is even considered a skill. Having the ability to drive gives us the freedom to move from point A to point B without being at the mercy of unreliable public transportation.

As children, most of us may have eagerly waited to reach our 16th birthday, so we could finally become licensed drivers. Unfortunately, this excitement has led to too many youngsters driving behind the wheel while under the influence, or they may have been simply driving while distracted (possibly because of their mobile phones, or other hand-held devices). These contribute to the huge volume of hit and run cases in areas like Fort Walton Beach in Florida.

In fact, in the State of Florida, the Florida Highway Safety and Motor Vehicles (FLHSMV) recorded a whopping 18,000,000 licensed drivers as of January 1, 2022. 172,095 of those drivers come from Okaloosa Island, between the cities of Fort Walton Beach and Destin, Florida. While driving is an essential part of our lives for most of us, we have to remember the responsibilities we have as drivers, as well as the risk we take each time we get into our cars. The biggest risk is getting into an accident while driving your car. 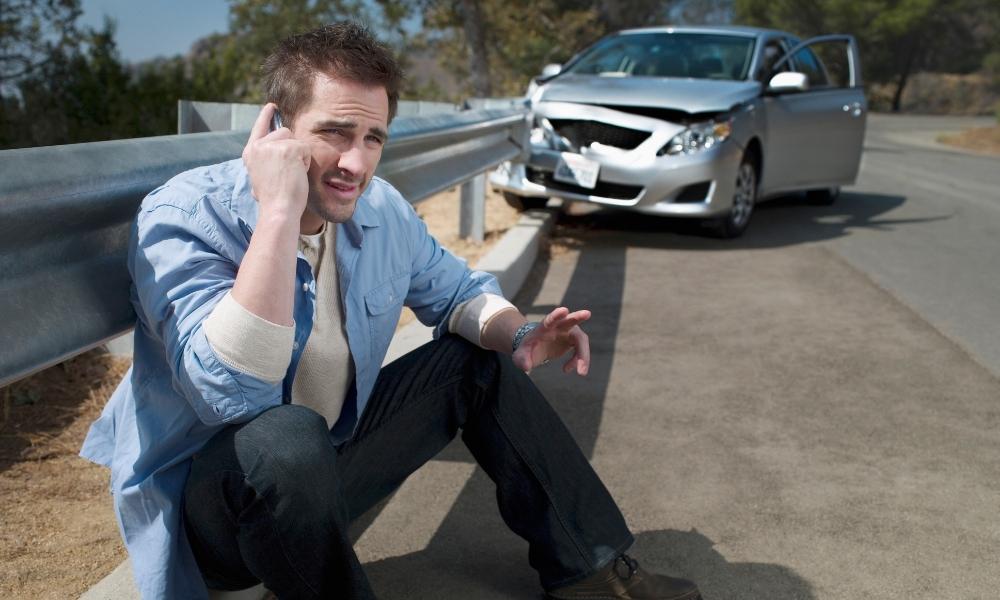 Car accidents in Florida happen quite often, and in the year 2020, the FLHSMV documented a total of 341,399 car crashes—inclusive of Florida hit and run cases. While that number dropped 15 percent from 2019’s statistics, it might only have been because of the lockdowns and quarantines that took place because of the pandemic. While most crashes often result in property damage, some can be fatal. The same report states that there were 3,098 fatal crashes that occurred in 2020 in Florida.

Car crashes can be placed under several categories, such as: crashes caused by drunk drivers, car crashes due to inclement weather, and many others. In this article, we want to focus on what you need to know about hit and run law in Fort Walton Beach Florida and the penalties for violating these laws.

What is a Hit and Run?

A hit and run is defined as "cases where the driver of the vehicle in transport is a contact vehicle in the crash, collides with another attended vehicle or non-motorists, or causes damage to other property, and leaves the scene without stopping to render aid or report the crash." Hit and run cases are more common than you might think. Of the 341,399 total car crashes reported in 2020, 92,247 were hit-and-run cases and 256 were fatal. While some fatalities in accidents are unavoidable, some are also the result of the failure to provide help at the scene of the accident.

Florida hit and run penalties are laid down in the 2021 Florida Statutes Chapter 316.027, also known as the Aaron Cohen Life Protection Act, named after Aaron Cohen, who was fatally hit by a driver who was driving under the influence and fled the scene of the accident. Under these statutes, penalties for a hit and run in an area like Fort Walton Beach, Florida can be classified according to the degree of damage caused by the crash, namely:

To further elaborate, these are the penalties for hit and run cases:

(2)(a) The driver of a vehicle involved in a crash on public or private property that causes injury to a person other than serious bodily injury must immediately stop the vehicle at the scene of the crash, or as close to it as possible, and must remain at the scene of the crash until he or she has met the requirements of s. 316.062. A person who willfully violates this paragraph commits a felony of the third degree, punishable as provided in s. 775.082, s. 775.083, or s. 775.084.

(b) The driver of a vehicle involved in a crash on public or private property that causes serious bodily injury to a person must immediately stop the vehicle at the scene of the crash, or as close to it as possible, and must remain at the scene of the crash until he or she has met the requirements of s. 316.062. A person who willfully violates this paragraph commits a felony of the second degree, punishable as provided in s. 775.082, s. 775.083, or s. 775.084.

(c) The driver of a vehicle involved in a crash on public or private property that results in the death of a person must immediately stop the vehicle at the scene of the crash, or as close to it as possible, and must remain at the scene of the crash until the requirements of s.316.062 have been met. A person arrested for violating this paragraph who has previously been convicted of violating this section, s. 316.061, s. 316.191, s. 316.193, or a felony violation of s. 322.34 shall be held in custody until brought before the court for admittance to bail in accordance with chapter 903. A person who willfully violates this paragraph commits a first-degree felony, punishable as provided in sections 775.082, 775.083, or 775.084, and is sentenced to a mandatory minimum term of imprisonment of four years. A person who willfully commits such a violation while driving under the influence as defined in s. 316.193(1) faces a mandatory minimum term of four years in prison. 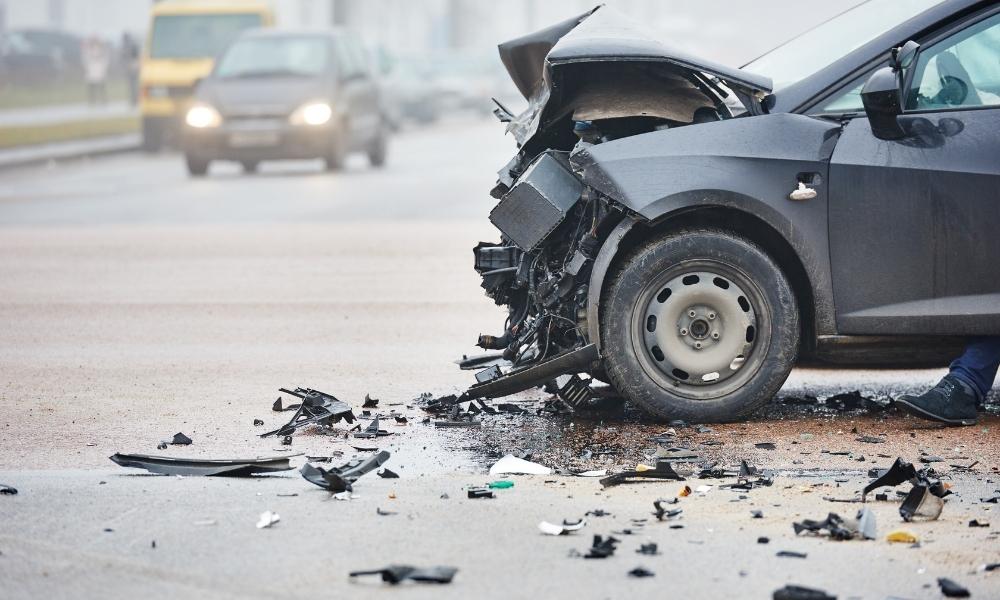 By looking at the foregoing provisions, you can see that you are mandated by law to immediately stop at the scene of the crash or somewhere nearby and fulfill the legal requirements such as rendering aid to those who are hurt, making the necessary reports, and providing pertinent information to authorities to aid in the investigation process. Fleeing the scene of the accident will result in one of the abovementioned penalties.

What Should You Do If You Get Into An Accident?

The FLHSMV has a campaign called Stay @ the Scene, through which they aim to educate drivers about the res 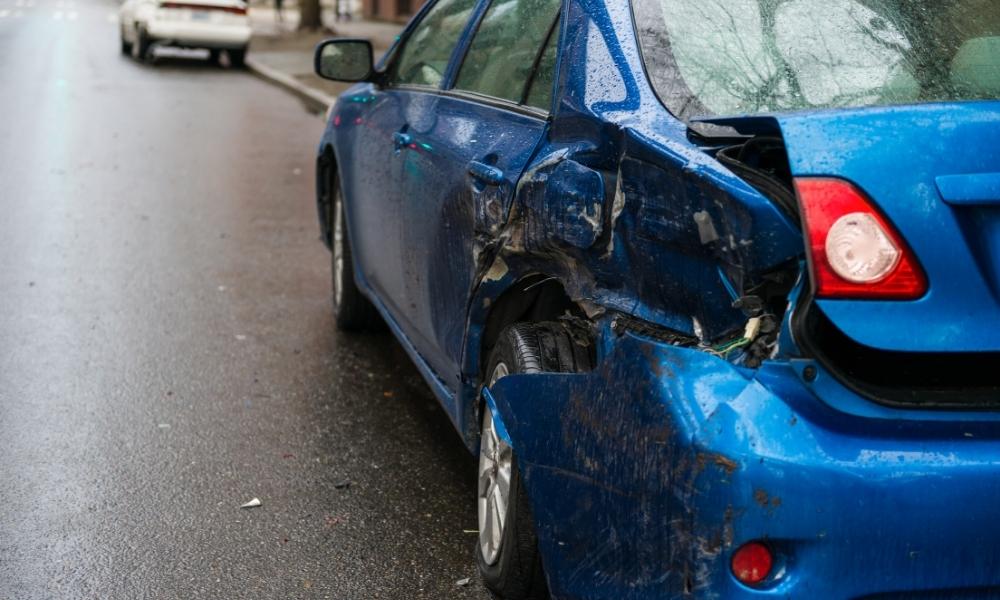 ponsibilities they have if they are in a car crash. If you are ever in a crash that results in the injury or death of a person, here’s what you need to do:

Being involved in a car crash and dealing with its aftermath can definitely be a stressful time for anyone. Reach us at Browning Law Firm so that we can advise you on how to deal with your accident and help you avoid being charged with a felony, or if you are a victim, or you know someone who is, how to press charges.