What Are Your Legal Rights for Zoo Animal Attacks?

Who does not love the zoo? Going to the zoo was probably one of our earliest and fondest memories as children. We remember going there as children with our families or going on school trips with our teachers and classmates. Now, as adults, we have probably already taken our own children there on lovely spring days.

Going to zoos gives us a chance to marvel at nature’s most wonderful creations, both big and small, wild and docile. Some of us love the roaring lions, frightening crocodiles, and giant bears, while others love the calm and majestic giraffes, and active monkeys on display in their cages. Whatever reason we may have for going to zoos, be it for educational or recreational purposes, our main priority should be that we are safe when we go.

Unfortunately, no matter what precautions we take, every now and then, a day at the zoo can lead to disaster. If you or your child are ever attacked by an animal while spending the day at the zoo, you are going to need a personal injury lawyer in Fort Walton Beach. 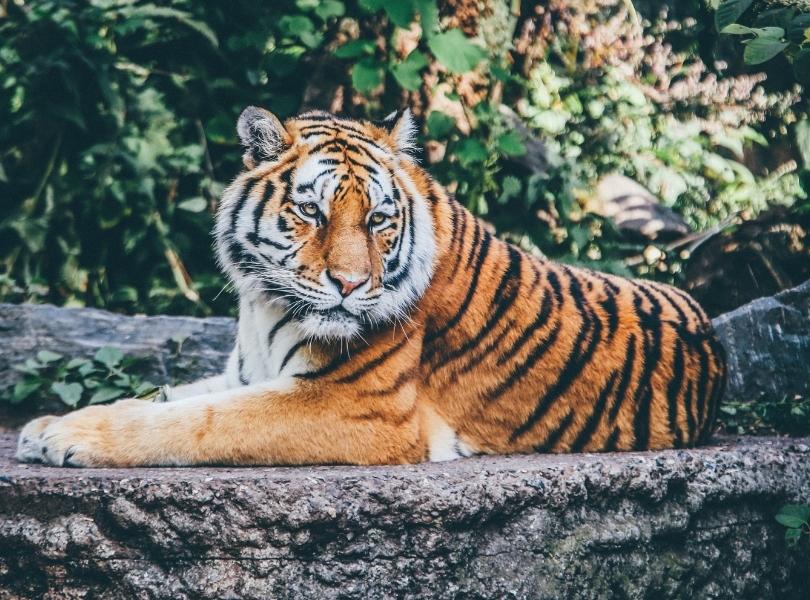 You may ask, can this actually happen? Can zoo animals really get out of their cages and attack people? As terrifying and incredible as it sounds, as though it is a scene from a movie or a television show, the answer is, tragically, yes.

In fact, a few years ago, in 2016, a woman at the Palm Beach Zoo was killed when an unprovoked tiger suddenly started acting out and attacked her. The woman killed was a zoo employee, and she was working there as a tiger keeper. She was the zoo’s lead tiger keeper, in fact. If you scroll through Facebook videos, you may have likely seen videos where civilians were even bitten by crocodiles while in a zoo or other amusement park.

You see, when an animal decides to attack, they do not limit themselves to people wearing name tags. They will not discriminate against zoo employees, innocent patrons, or by-standers in their attacks, and anyone can get hurt.
Whether you are an employee working at the zoo or you are just there as a visitor, you most certainly have a right to be safe while on the premises of the zoo. If, for some reason, an animal was willfully set free or the animal was able to break free from its cage and you were attacked by said animal, the zoo will be held liable for your injuries. You will want to contact a Fort Walton Beach personal injury lawyer right away to find out and protect your rights as an injured party. They will work on your case with the best possible outcome for you as their goal. This will give you the chance to focus on recovering from your injuries without the added worries and anxieties that come with a personal injury case.

What Damages Are Associated with an Animal Attack at the Zoo?

If you are attacked by an animal that has suddenly gone wild at your local zoo, you are likely to sustain injuries. Injuries sustained from a zoo animal attack may differ in severity depending on what type of animal attacked you, and how long the attack took place. The types of injury may range from minor cuts and bruises to a few broken bones, facial disfigurement, paralysis, and, in the most extreme of cases, death. It all depends on the sort of attack you suffered. You need to contact an attorney in the Fort Walton Beach area in order to assess the damage. 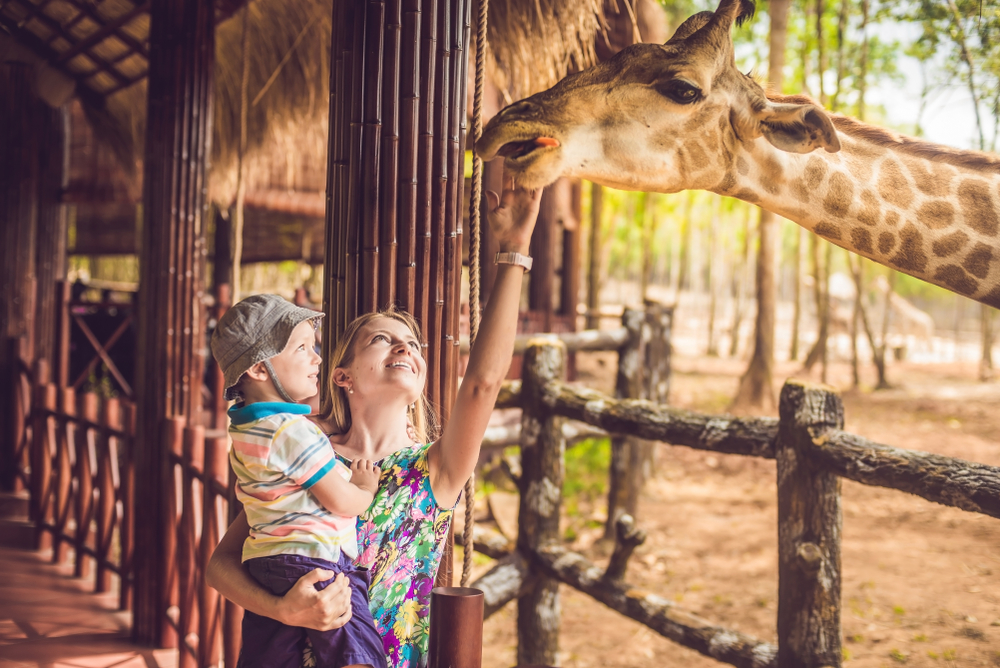 Your Fort Walton Beach personal injury lawyer is going to demand that you be compensated for all of your injuries. These damages may include:

As zoos are essentially businesses, they will likely be covered by an insurance policy that includes incidents and attacks such as yours. The first goal of our attorney will be to negotiate with the insurance company to try to settle your claim out of court. Often, neither of the parties wants to go to court if they can avoid it. This is understandable, as trials are time-consuming. Trials also tend to cost a lot of money, and businesses such as zoos would try to avoid having to pay for a trial as much as possible.

The word of the zoo's being unsafe for its patrons can also cause a lot of negative publicity for the zoo, which can cause them to lose a significant number of visitors. Less visitors would mean a loss of income for them. This is why an out-of-court settlement would be ideal for them. You would need a seasoned personal injury lawyer to ensure that this is the outcome you get. Call us now for a free consultation.

Can You Be Held Liable for Zoo Animal Attacks?

Florida is a comparative negligence state. Simply stated, this means that the degree of liability is measured against the degree of negligence or fault. If you were partly at fault for the attack, the damages that you are entitled to may be reduced by the court.

The court will reduce your damages according to the percentage of fault that can be attributed to you in the accident. If you were found to be, in fact, more at fault than the defendant, and that the accident was more attributable to you, your claim might be dismissed by the court.

You may wonder how you could be considered at fault for an animal attack at the zoo. After all, if you were attacked by an animal in a zoo you’d be the victim, right? This is not always the case. As part of their efforts to keep their visitors safe while on their premises, zoos put up hard-to-miss caution signs near some of their more dangerous animals, and they warn their patrons against feeding or provoking the animals.

Barriers such as glass and fences are even put up to ensure that people are prevented from easily entering the enclosures containing the animals. If you willfully disregard these signs and put yourself in harm’s way, you may be held partly at fault. An example of this is if you dive into the polar bear tank or enter a lion’s den despite the very conspicuous caution signs telling you not to. As recently as last year, a man was attacked by a tiger at a zoo. He was severely injured, but no charges could be filed against the zoo, as the man had no proper authority to be where the tiger was kept in the first place. He was also found to be at fault for ignoring the signs and barriers meant to keep the public away from the animal. This particular attack ended in tragedy as the animal had to be fatally shot in order to save the man.

In a case such as the one mentioned above, the zoo will surely argue that you blatantly disregarded the safety precautions they have in place and that you were at fault for any injuries you sustained. They will win this argument. As a matter of fact, they might even try to have charges filed against you for damages they sustained, such as the loss of one of their animals. 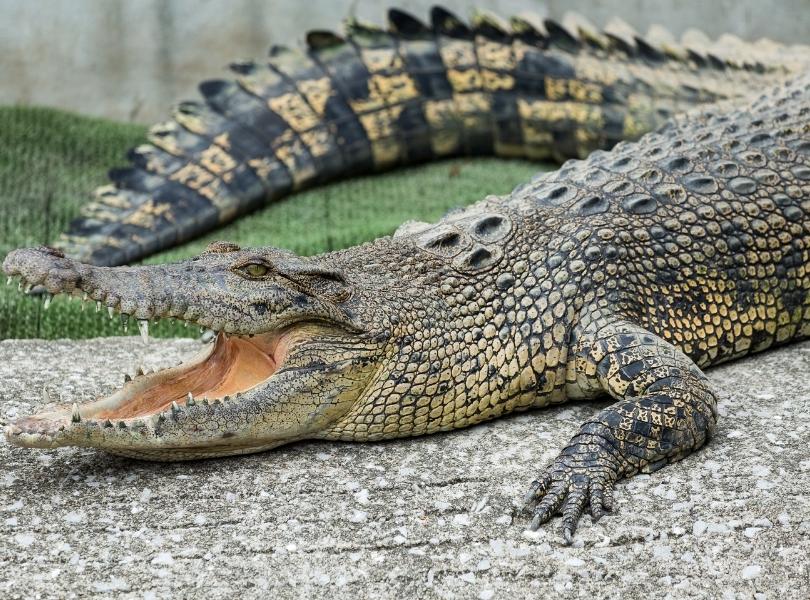 If you or a loved one have been injured in an animal attack, you need to contact an experienced Fort Walton Beach personal injury attorney today. Our attorney and staff have years of experience in dealing with accidents such as zoo animal attacks. They can review your case and answer any questions you may have with regard to damages and other claims you may be entitled to. The initial consultation will cost you nothing. The attorneys in Fort Walton Beach want to give you a chance to speak with an experienced attorney about your case before you make any decisions.

Your personal injury lawyer will contact the insurance company for the zoo and try to settle your claim. If they are not able to do this, they will have to file a lawsuit against the zoo and maybe even the city. Given the negative publicity associated with this sort of attack, it is highly likely that the zoo will be eager to settle. Contact the office today to schedule your initial consultation. Remember – you pay nothing until you settle your case.