Understanding How Alcohol in the Body can Affect You

The consumption of alcohol is a major part of most cultures. As a matter of fact, occasionally having a drink can be good for one’s health. For most, it is used socially to celebrate an achievement or a milestone, as a coping mechanism for a loss, or sometimes just to relax after a tiring and stressful day at work. 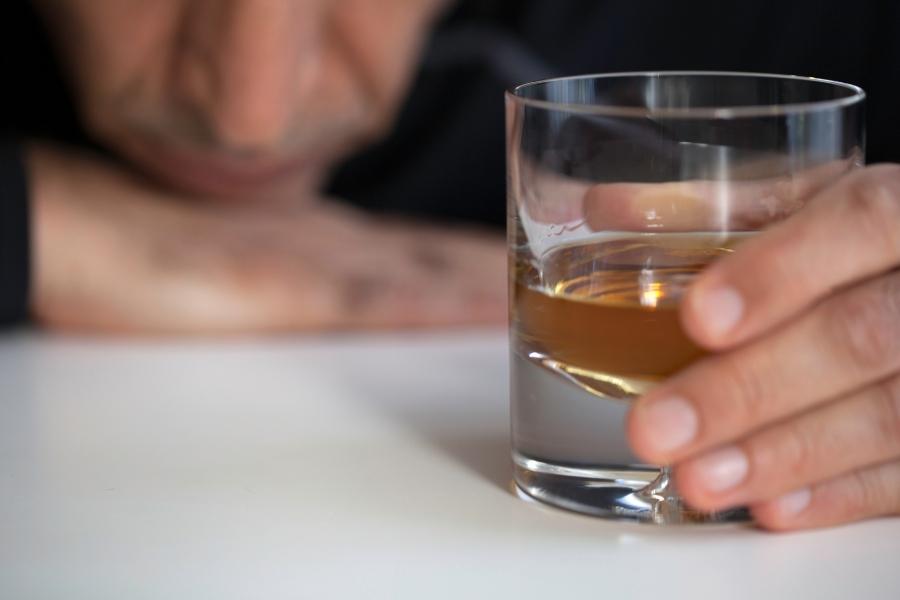 As much as having an occasional alcoholic beverage is fun, bear in mind that it is a form of an inhibitor, and the privilege of drinking it carries with it certain responsibilities for yourself as well as for others around you. As cases of driving under the influence, or DUI, steadily rise in the state of Florida, let’s take a look below at the ways alcohol consumption affects our bodies, leading to cognitive impairment and maybe the cause of property damage or bodily injury to ourselves and/or others.

Ethanol is greatly diluted by bodily fluids. For example, a 1-ounce shot of 80-proof whiskey, which contains 0.4 fluid ounces of ethanol will be diluted in a 150-pound human, producing somewhere in the neighborhood of an 0.02% blood alcohol concentration. With a user that is smaller, such as with one half of the water weight in his or her body than the individual in the prior example, that same 0.4 fluid ounce of ethanol would likely produce an alcohol concentration at or near 0.04%.

How Alcohol Is Eliminated From the Body

Metabolism is the body's process of converting ingested substances to other compounds, and it plays a big role in how alcohol is absorbed by, and eventually eliminated from, the body. Metabolism involves a number of processes, one of which is referred to as oxidation. Through oxidation in the liver, alcohol is detoxified and removed from the blood, preventing the alcohol in the body from accumulating and destroying cells and organs. A minute amount of alcohol escapes the metabolism and is excreted unchanged in the breath, sweat, and urine. Until all the alcohol consumed has been metabolized, it is distributed throughout the body, affecting the brain’s functions and other tissues.

The liver can metabolize only a certain amount of alcohol in the body per hour, regardless of the amount that has been consumed. The rate of alcohol metabolism depends, in part, on the amount of metabolizing enzymes in the liver, which varies among individuals based on numerous factors, such as one’s body weight and the presence of food in the digestive system while alcohol is being consumed. Gender even plays an important factor in the body’s ability to metabolize alcohol. In general, after the consumption of one standard drink, the amount of alcohol in the drinker's blood peaks within 30 to 45 minutes. (A standard drink is defined as 12 ounces of beer, 6 ounces of wine, or 1.5 ounces of 80-proof distilled spirits, all of which contain the same amount of alcohol.)

Alcohol is metabolized more slowly than it is absorbed. Since the metabolism of alcohol is slow, consumption needs to be controlled to prevent the body from accumulating too much alcohol in the body too soon, leading to intoxication. 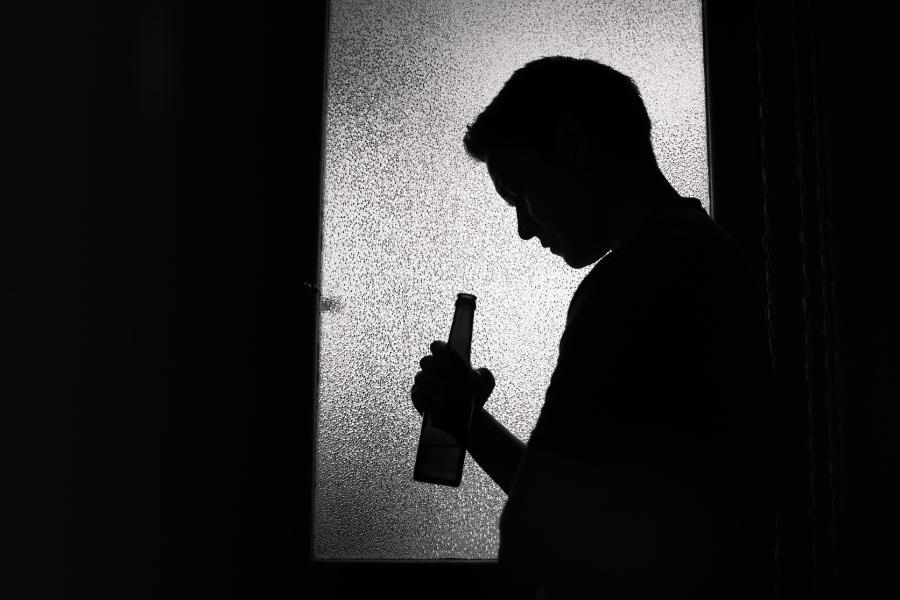 A number of factors influence the absorption process, including the presence of food and the type of food in the gastrointestinal tract when alcohol is consumed. This is where the saying "Never drink on an empty stomach," comes in. However, this pertains less to eating before drinking, but more to the quality of what you eat prior to alcohol consumption. The rate at which alcohol is absorbed depends on how quickly the stomach empties its contents into the intestine. The higher the dietary fat content, the more time this emptying will require and the longer the process of absorption will take. One study found that subjects who drank alcohol after a meal that included fat, protein, and carbohydrates absorbed the alcohol about three times more slowly than when they consumed alcohol on an empty stomach.

Women absorb and metabolize alcohol differently from men. They have higher Blood Alcohol Concentration (BAC) after consuming the same amount of alcohol as men and are more susceptible to alcoholic liver disease, heart muscle damage, and brain damage. The difference in BACs between women and men has been attributed to the typical women's build and a smaller amount of body water content. This is likened to dropping the same amount of alcohol into a smaller pail of water as opposed to a larger one. An additional factor contributing to the difference in BACs may be that women have lower activity of the alcohol metabolizing enzyme Alcohol Dehydrogenase, or ADH, in the stomach, causing a larger proportion of the ingested alcohol in the body to reach the bloodstream. The combination of these factors may render women more vulnerable than men to alcohol-induced liver and heart damage and a faster rate of intoxication.

If the amount of ethanol consumed is not great, the oxidation of the alcohol can keep up with the rate at which the ethanol is entering the bloodstream, and the alcohol concentration will not increase. (The ethanol disposal rate in a 150-pound human is about 0.5 ounces of ethanol per hour, which corresponds to 12 ounces of beer, 6 ounces of wine, or 1.5 ounces of hard liquor.) If however, the alcohol intake is greater than the rate at which the user is able to metabolize it, the blood and breath alcohol concentration of that individual will increase. 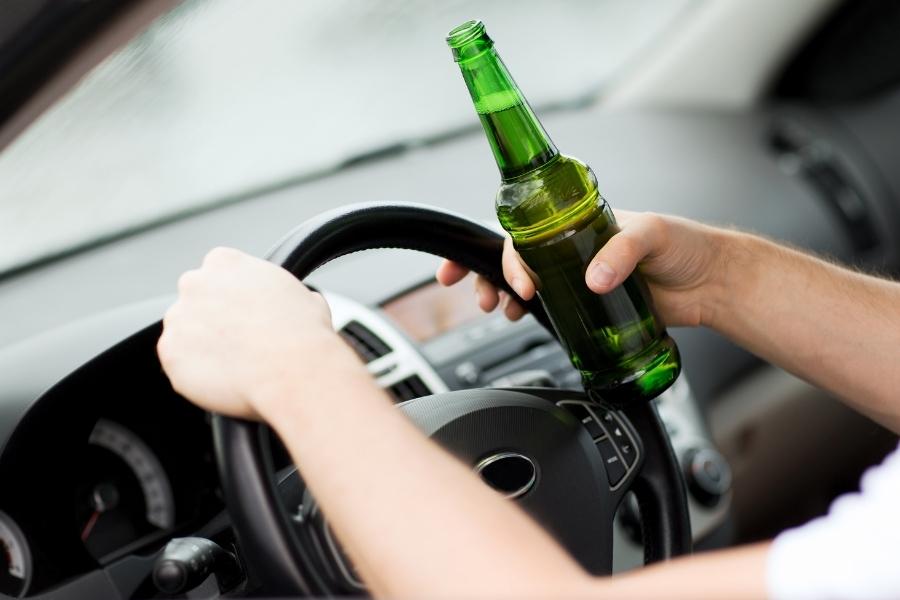 How Alcohol Gets From the Blood into the Breath

Ethanol is volatile and as a result, an amount of alcohol in the body, in proportion to the concentration in the blood, transfers from the blood into the alveolar air sacs in the lungs. This occurs in much the same way that carbon dioxide leaves the alveolar blood and enters the lungs for exhalation from the body. As a result, it is possible to analyze an alveolar breath sample, determine the breath alcohol concentration (BrAC) and predict with a high degree of accuracy, the blood alcohol concentration at that same point in time.

Alcohol Is a Drug

Ethanol acts as a drug affecting the central nervous system. Its behavioral effects are a result of its influence on the response in the nervous tissue and not on the muscles or senses themselves. Alcohol is a depressant, and depending on dose, it can be a mild tranquilizer or a general anesthetic.

At very low doses, alcohol can appear to be a stimulant by suppressing certain inhibitory brain functions. At times, when we’ve ingested alcohol, we find ourselves emboldened to do things we would not otherwise do sober. However, as concentration increases, further suppression of nervous tissue functions produces the classic symptoms of intoxication: slurred speech, unsteady gait, disturbed sensory perceptions, and inability to react quickly.

At high concentrations, ethanol produces general anesthesia. A highly intoxicated person will be in a coma-like state and very difficult to wake. In extreme cases, if the alcohol concentration is high enough, it will inhibit basic involuntary bodily functions such as breathing and can cause death. 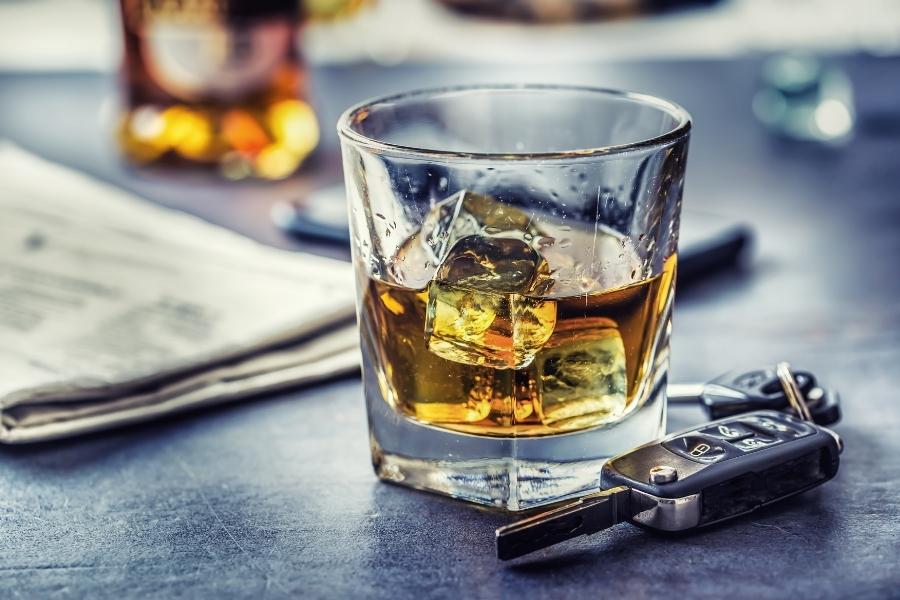 The Consumption of Alcohol and Driving Under the Influence

Now that we have briefly discussed how alcohol is absorbed by the body and the effects of alcohol consumption in the short and long terms, let us now discuss how alcohol consumption can temporarily affect our behavior and impair our ability to operate heavy machinery such as motor vehicles and Florida’s statistics and laws pertaining to such. A survey from 2018 found that Florida had 32,127 driving under the influence arrests for that year.

With the exception of the state of Utah, the blood alcohol limit for the United States is uniform at 0.08% for those aged 21 and over. The limit differs for those who are under 21, which is 0.01%, and commercial drivers, which is 0.04%.

Driving under the influence of alcohol and other substances is considered a felony in Florida and can be proven by measuring blood alcohol or breath alcohol content (which can be measured by the use of a breathalyzer), as well as a field sobriety test, which measures the impairment of one’s normal faculties.

The sobriety test includes the horizontal gaze nystagmus, the walk-and-turn, and the one-leg stand test. Reaching the limit of .08 or surpassing it would mean you may be convicted for DUI. While there are various methods of proving alcohol intoxication while driving, the penalties for the offense remain the same. The Florida Highway Safety and Motor Vehicles (FLHSMV) gives us the summary of penalties for being convicted of driving under the influence based on Section 316.193 of the Florida Statutes.

Under the same section, those arrested for driving under the influence also face the possibility of additional jail time if the court finds it necessary. It may opt to order the offender to serve out their sentence in a rehabilitation facility. 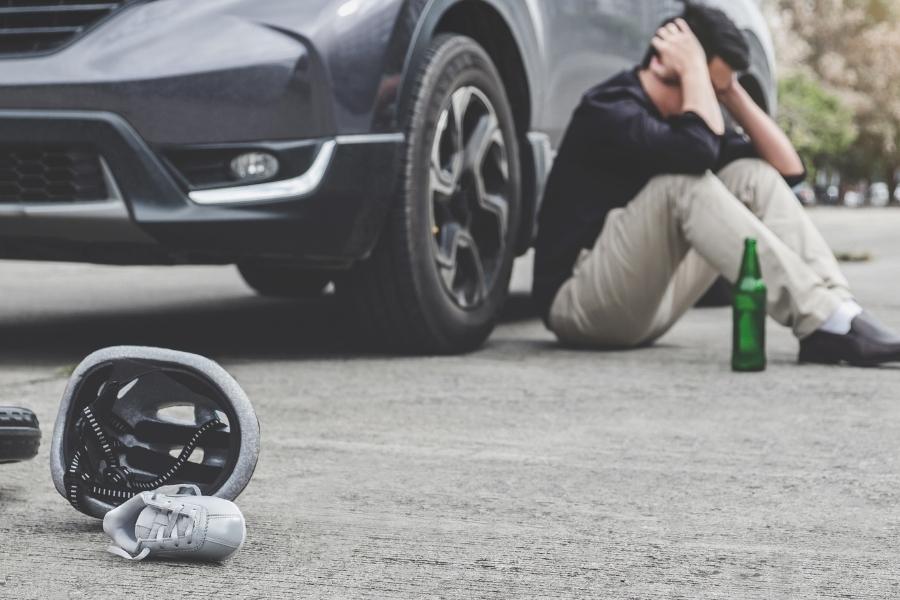 The following is the duration of imprisonment:

Moreover, there are different penalties attached to driving under the influence if you cause damage to property or cause bodily harm to another as a result of doing so. People who cause property damage or physically injure another can be fined up to $1,000 or face up to 1 year of imprisonment.

Lastly, causing the death of another by reason of driving under the influence has the following penalties:

To read more about the state’s laws on driving under the influence, you may read Florida Statutes 316.

At this point, you already have a general knowledge of how alcohol consumption affects the body and the pertinent provisions of the state’s laws on driving under the influence. Going out to drink is a great way to let loose for a little bit, especially after the past couple of years we dealt with the pandemic, which most definitely changed the way we live our lives and socialize.

Now that our lives are slowly returning to normal, we can go back to doing what we did pre-pandemic, including going out to clubs and bars for drinks with our friends. However, we have to do this with our safety in mind.

Let’s keep in mind that with this privilege restored, we have a great responsibility to uphold. This responsibility not only extends to ourselves, but to those surrounding us as well. It is always prudent to limit your alcohol consumption in order to be in full possession of your faculties. If you know that binge drinking is definitely on the agenda for the night out, you may equip yourself by not bringing your vehicle and having a designated driver among the group that you will be with.

However, in the most unfortunate event that you do end up driving under the influence and getting arrested for it, you will most likely need the assistance of counsel in helping you build a strong defense for your case. Your lawyer will conduct extensive research on how to provide the best defense for you and ensure the most favorable outcome in light of the circumstances.

Find Out More in a Free Consultation With Browning Law Firm

If you have been arrested for DUI and need help building a strong defense, we can help. To schedule a consultation with Browning Law, call from wherever you are in the Florida panhandle: 850-344-1736 or complete our contact form.