Can You Sue a Cruise Line for Injuries Sustained on Vacation?

With so few ports along most states on the East coast, most cruises now depart from sunny Florida. Millions of people take cruises out of Florida every year. Cruising is one of the most lucrative segments in the travel industry.

Nothing is more exciting than crossing the threshold of customs and walking aboard your cruise ship. You have a week of excitement and sun ahead of you. The last thing you expect is to get injured while on the ship.

If you do suffer injuries while aboard a cruise ship, you should contact a personal injury lawyer in Florida. They can help you file a claim against the cruise line’s insurance company. If the claim isn’t that big, it’ll probably be paid rather quickly.

Cruise lines know that it’s usually cheaper to pay a claim than it is to fight it in court. Unless the claim is large, the insurance company will probably advise the company to 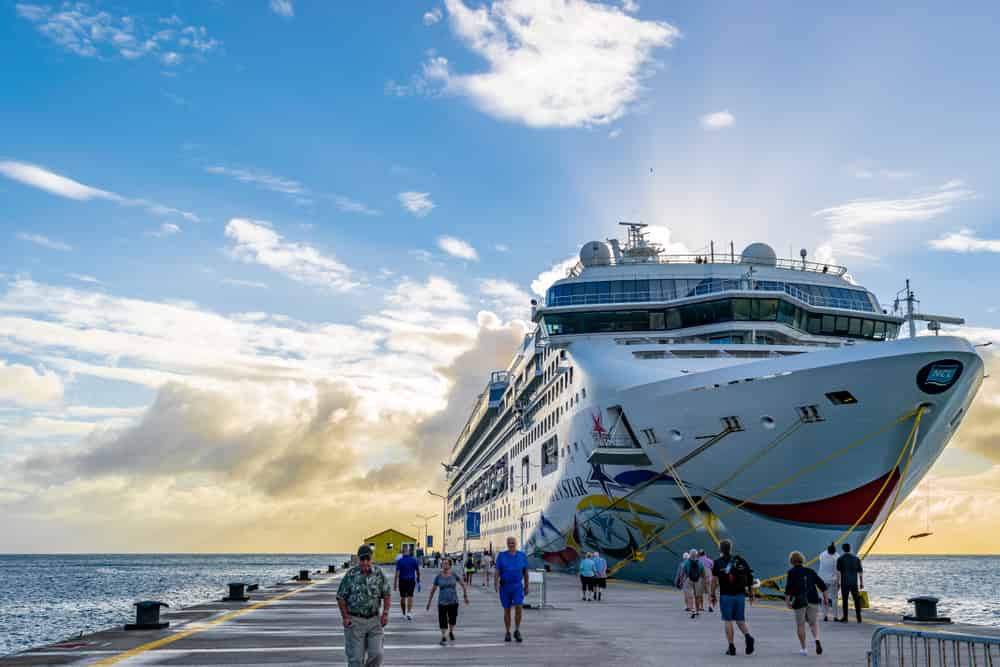 pay it. However, if your claim is unreasonable or you’re demanding a lot of money, there’s a good chance your claim will be denied.

One of the reasons cruise lines deny so many claims today is because of recent history. Cruise passengers used to go on board, have a great time and go home with souvenirs and a few extra pounds on their belly. Now, it seems as if passengers will find any reason to go after the cruise industry.

Rather than get a reputation for being easy pickings, cruise lines have started to deny more claims. They’re also taking their chances in court. Here’s a highlight of some of the craziest cases that have been filed against some of the largest cruise lines in the United States.

A man on the Carnival “Legend” decided it would be a good idea to enter a “Hairy Man” contest. It was an exceptionally hot day so the staff had put wet towels on the deck to keep it cool. Obviously, they had to pick the towels up before the contest was to begin.

Kurt Gies took part in the contest. He claimed that the boards on the Lido Deck were so hot that he burned his feet. He argued that his feet were burned so bad that they scarred badly. He sued for his mental and physical anguish.

Gies alleged that he was so embarrassed at the event that it caused him mental anguish. We’re not sure of how much he settled for, but we’re sure it was more than he deserved. Interestingly enough, the news didn’t report whether Gies won the “Hairy Man” contest or not.

Carnival Liable for Drinking Too Much?

Anyone who’s been on a cruise knows that a lot of people enjoy a few cocktails while at sea. Angel Holcomb took a Carnival cruise with her husband. She was playing poker one night in the casino and had one too many drinks.

Holcomb’s husband found her hours later stumbling drunk in the ship’s hallway. He took her back to their cabin and they went to bed. Hungover, Angel woke up to get a glass of water. She dropped the glass and a shard ended up severing her artery. She died from her injuries.

In 2013, a woman named Alexandra Kirby was aboard the Carnival Destiny when she had one too many drinks. She was highly intoxicated and leaning on the balcony rail when she lost her balance and fell overboard.

Kirby was rescued 90 minutes later. She had suffered broken bones, a blood clot and lung contusions. She sued the cruise line for encouraging her to drink too much. Her Florida personal injury lawyer argued that the cruise ship forced people to drink by plying them with $5 casino coupons for every drink they purchased.

In 2012, Royal Caribbean was sued by two men who had been passengers on one of their ships. The two men were out partying with a young woman one night. After a night of shenanigans, the woman accused the two men of raping her. The two were promptly locked up in the ship’s brig.

The next day, the young woman recanted her story. However, the men claimed the Royal Caribbean security team refused to let them out of the brig. The two men sued the company for $100 million!

Not All Lawsuits Against Cruise Lines are Frivolous

We don’t want to give the impression that all lawsuits against Florida cruise lines are frivolous. Many people suffer legitimate injuries while on board these luxury liners. And, when they can prove their case, they get some sizeable damages.

Lisa Spearman was an officer working aboard Royal Caribbean’s “Voyager of the Seas.” She was running to assist a staff nurse when the ship lurched and a watertight door slammed shut on Spearman’s hand.

She permanently injured her right hand and was unable to return to work for a few months. The company refused to rehire her and denied her disability benefits. Spearman, rightfully upset, decided to file suit against Royal Caribbean.

Spearman’s accident took place back in 2008. She filed suit that same year but her case didn’t go to trial until last year. After three weeks of trial, the jury found in Spearman’s favor. They awarded her over $20 million in damages.

One reason a lot of big companies settle out of court is to avoid negative publicity. The old adage that there is no such thing as bad publicity isn’t exactly true. No company wants to see their name splashed across the front page because of a lawsuit.

Legal problems tend to beget more legal problems. When people see that other passengers have filed suit against a cruise line, they tend to be more likely to sue as well. For example, if you get sick while on a ship, you probably chalk it up to seasickness or food poisoning. But if you read that people on a sister cruise ship sued for a virus or infection, you’ll be more likely to file suit yourself.

One case in which Royal Caribbean really wished they could’ve avoided the press was with a recent autism cruise. Royal Caribbean had partnered with Autism on the Seas, a non-profit that offered cruises for parents and families with children suffering from autism or Asperger’s syndrome.

They sponsored a cruise with over 40 families on it. Despite fair warnings from the weather service, the ship’s crew steered the ship directly into the eye of a terrible storm. There were 30-foot high waves and hurricane-strength winds.

The children were terrified and allegedly tossed about the ship. Their families decided to file suit against the cruise line for physical injuries and emotional distress. Royal Caribbean claimed that their passengers were never in any danger. However, the press didn’t help their relationship with the non-profit.

How Common are Lawsuits Against Cruise Ships?

Between 2016 and 2017, this number had fallen to just 176. Some may think this is because fewer people are taking cruises. This isn’t true. In fact, more people take cruises now than ever before.

The reason for this decline is two-fold:

Most of the cases that are filed against the cruise liners are for negligence. If you believe that you or your loved one have been injured on a cruise ship, call a personal injury lawyer in Crestview today.

If you or your loved one have been injured while on a cruise ship, you need to contact an experienced personal injury lawyer in Crestview today. Your attorney will review your case to see if you have a valid claim against the cruise line.

Call today and schedule your free initial consultation. The cruise line will have a team of lawyers working for them and you should too. The consultation is free and you pay nothing until you settle your case.