Most truck crashes have several things in common. Truck wrecks often occur because a driver, multiple drivers, or other parties were negligent, and they often result in significant injuries. But while there are similarities, there are also differences, including how trucks collide with other vehicles from different angles. 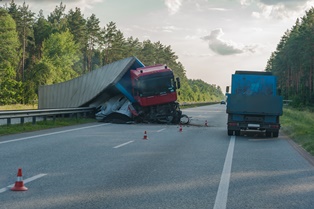 Some of the most common types of truck crashes include:

Take the Same Steps After Any Truck Crash

You can begin protecting your legal rights and recovery immediately after any type of truck wreck by:

Attorney Coy H. Browning used to work as a Florida State Trooper and has been an attorney for almost two decades.  He knows how to determine what caused your truck crash and how to protect your financial recovery. Contact the Browning Law Firm today for a free, no-obligation consultation about your rights and possible compensation.